BITCHIN’: THE SOUND AND FURY OF RICK JAMES

A profile of legendary funk/R&B icon Rick James capturing the peaks and valleys of his storied career to reveal a complicated and rebellious soul, driven to share his talent with the world.

WATCH SEPTEMBER 3rd ONLY ON SHOWTIME

OBAMA: IN PURSUIT OF A MORE PERFECT UNION

A comprehensive study of Barack Obama’s journey from Illinois State Senator to the 44th U.S. President against the cultural and historical moments that defined his political rise. Archival interviews and speeches from Obama’s career frame insights from a who’s who of political experts — such as Jelani Cobb, David Remnick, Cornel West, Sherrilyn Ifill, Al Sharpton and Jesse Jackson — as they analyze how race and politics intertwined to lead to the election of the country’s first Black president. AFI DOCS is honored to host the world premiere of the first two parts of this series. 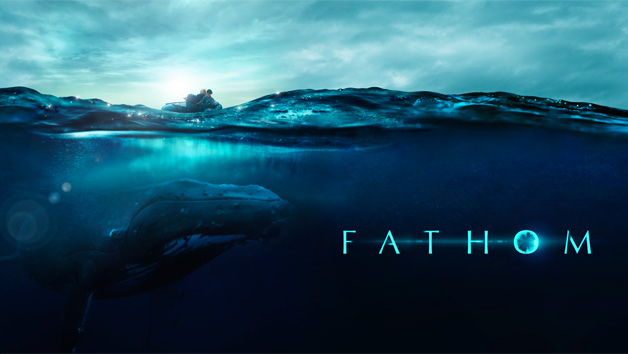 Dr. Ellen Garland and Dr. Michelle Fournet, two scientists focused on the study of humpback whale songs and social communication. As they embark on parallel research journeys on opposite sides of the world, they seek to better understand whale culture and communication. The documentary film uniquely reveals a deep commitment and reverence to the scientific process and the universal human need to seek answers about the world around us. From hypothesis to groundbreaking experiences in the field, “Fathom” showcases the passion, curiosity, collaboration, perseverance and work it takes for leading scientists to make scientific discoveries.

WHY DID YOU KILL ME?

The line between justice and revenge blurs when a devastated family uses social media to track down the people who killed 24-year-old Crystal Theobald.

In “Two Distant Strangers”, cartoonist Carter James’ repeated attempts to get home to his dog are thwarted by a recurring deadly encounter that forces him to re-live the same awful day over and over again. Starring Joey Bada$$, Andrew Howard and Zaria Simone.

Q: INTO THE STORM

Spanning three years in the making and traversing the globe, the series follows filmmaker Cullen Hoback on a labyrinthine journey to uncover the forces behind QAnon, a movement fueled by conspiracy theories that has grown in scope and political significance, chronicling its evolution in real-time and revealing how “Q” uses information warfare to game the internet, hijack politics and manipulate people’s thinking.

An examination that goes beyond the celebrity-driven headlines and dives into the methods used by Rick Singer, the man at the center of the shocking 2019 college admissions scandal, to persuade his wealthy clients to cheat an educational system already designed to benefit the privileged. Using an innovative combination of interviews and narrative recreations of the FBI’s wiretapped conversations between Singer and his clients, Operation Varsity Blues offers a rare glimpse into the enigmatic figure behind a scheme that exposed the lengths wealthy families would go to for admission into elite colleges, and angered a nation already grappling with the effects of widespread inequality. From Chris Smith and Jon Karmen, the filmmakers behind Fyre, and starring Matthew Modine as Rick Singer.

A look at young Hollywood stars growing up in the 1990s, using hundreds of hours of footage captured by a teenaged Soleil Moon Frye.