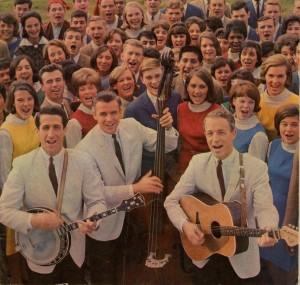 Up with People, from Lee Storey’s collection

In a big win for documentary filmmakers, a U.S. Tax Court Judge ruled Thursday that Lee Storey,  producer and director of  Smile `Til It Hurts: The Up with People Story, can write off hundreds of thousands of losses from her filmmaking against her substantial income as a Phoenix lawyer, even though she failed to make a profit for six straight years.

“I need to go celebrate. I need to pinch myself,’’ Storey said, when informed by Forbes of her victory over the Internal Revenue Service. “The documentary film community is going to be thrilled. That’s a huge issue for them.”

The case had set off alarm bells among filmmakers in part because Tax Court Judge Diane L. Kroupa had questioned, at one point, whether documentary filmmaking could even be considered a for-profit business at all.  “By its very nature, a documentary to me means that it’s not for profit.  You’re doing it to educate.  You’re doing it to expose,’’ she observed during a hearing last year. The International Documentary Association and five other non-profit groups hurriedly filed a friend of the court brief in the case. In it, the likes of documentary film distributor Annie Roney, whose ro*co Films International serves as a pipeline for Oprah Winfrey’s Documentary Club, attested they’d made a living from documentaries. As the brief noted, “A judicial pronouncement that documentary filmmakers are not engaged in a profit-making activity would have a chilling effect on the documentary filmmaking industry, as documentarians would no longer be able to claim deductions for their business expenses.”

In her 46-page decision, Kroupa not only accepted documentary filmmaking as a legitimate business, but also recognized it is one where the unprofitable start-up phase may be longer than normal and allowed Storey ever penny of her claimed losses.  The IRS presumes a taxpayer is in business to make a profit if he or she can show a profit in three years out of five (or two years out of seven for horse breeders). That essentially allows for two years of start-up losses for most businesses (and five years for the horsey set.)  But after that initial loss period, the IRS will often assert that the taxpayer was really just pursuing a hobby. The expenses of a hobby are deductible only to the extent that a hobby brings in income.  In other words, you can’t claim a loss from a hobby.

“We said, hey, even if it takes six years, the making of a documentary, in spite of educational and public good, is also a business,’’ said Beverly Hills attorney Michael C. Donaldson, who wrote the brief for the film industry. The win was particularly important, he said,  because the issue has rarely been addressed by a court in such a direct fashion.

Storey told Forbes she was shocked by the IRS challenge given how seriously she had approached her side business.  But as careful readers of hobby loss cases know, the IRS is inclined to assert a taxpayer is just indulging an expensive hobby if he or she is otherwise bringing in big bucks—and Storey was. During 2006, 2007 and 2008, the years at issue, Storey, now a partner at Ballard Spahr LLP, earned more than $1 million from her work as a water rights lawyer. After an audit, the IRS disallowed all her film-making losses for those years and assessed Storey and her late husband, William, $259,842 in back taxes.

The 79-minute documentary, which was finished in 2009, tells the story of how Moral Re-Armament, a religious organization that considered itself an answer to the counterculture movement, started a singing group in the mid 1960s that became the Up with People program. Thousands of young people, (including Glenn Close in the late 1960s), traveled the world with Up with People, performing and doing volunteer work.  They were hosted by local families and received by world leaders.  “At a time the U.S. was getting a lot of criticism for the Vietnam War, Up With People was the fresh face of America. Some would say it was right wing and some would say it was a positive outlook. I chose to present both sides,’’ Storey said. She noted that in some ways the group was run like a religious cult, but she does not consider it one.  In the U.S., Up with People is best known for its four appearances in Super Bowl halftime shows.  The group disbanded in 2000. (Add: Reader Gary Shantz points out in the comments section, that while the group did shut down in 2000, there is once again an Up with People cast touring the world.)

What first got Storey interested in Up with People is one of the things the IRS tried to use as evidence she was just pursuing a hobby. Storey, 52, had been married some years when her husband, 15 years her senior, finally confided he had spent most of the 1960s involved with Moral Re-Armament and Up with People. She had never even heard of the groups. The IRS, as Judge Kroupa put it, asserted that Storey’s movie was “a labor of love motivated almost exclusively by (Lee Storey’s) desire to learn about her husband’s past and to document this exciting part of his youth.”

But the judge found instead that Storey had a long time involvement in the arts (she had directed and produced plays for a non-profit); featured her husband in only 4 minutes of her 79 minute documentary; and conducted her filmmaking in a businesslike manner— writing and then modifying a business plan, seeking financing, hiring a bookkeeper, obtaining liability insurance and making changes to her “rough cut” based on feedback she got from pros at screenings. She also hired industry experts to work on Smile ‘Til It Hurts, including Jack Lechner, an executive producer on the Oscar-winning 2003 documentary, The Fog of War: Eleven Lessons from the Life of Robert S. McNamara. “I found when I met people in the industry, I was respected because I did treat it as a business,’’ Storey said.

Smile ‘Til It Hurts was well received by critics and at film festivals. In 2009 it was among 18 films selected by the International Documentary Association for qualification for Academy Award consideration and in 2010 received a Special Jury Prize at Michael Moore’s Traverse City Film Festival. While the movie has been shown on cable TV in Canada, Storey has yet to snag a deal for U.S. television or commercial theater distibution and is now selling copies of the movie on DVD for $19.99 to raise money for legal fees. So far, she said, she has run up $120,000 in tax lawyers’ bills and still owes three fourths of that.

Storey says she is still hoping to one day make money on Smile`Til It Hurts and hasn’t soured on the documentary business.  Currently, she’s working on a project with CC Goldwater, who co-produced Mr. Conservative: Goldwater on Goldwater, a documentary about her grandfather, Barry Goldwater. The women’s subject: Record producer Peter Asher, who managed the Beatles’ Apple Records label and has produced records for James Taylor and Linda Rondstadt.